skip to main | skip to sidebar

The CB radio was the way that people who lived in the country communicated . It was also a lifeline. In 1980 there were no cell phones. every morning we would hear from our neighbors... GOOD MORNING from would blast from the speaker and we would hear a daily scripture read from Carrie Uhl. Her voice was easy to listen to and she would bring joy to everyone. Her husband Bob was as close as an expert on the wildlife in the area. Carrie would bring the morning to life and everyone would follow up with conversation and current events. It was also a way for people to help each other if it was needed. Sometimes it was dropping off some gas so they could travel to town. everyone shared with there neighbors. It was common for the boats that traveled the river to have a CB But I was the first to mount one on a snowmachine. It was tucked away in the rear seat compartment and the antenna mounted to the rear bumper bar. We depended on the caribou for meat and when I was hunting I would share with the Elders and drop off meat along the trip and visit with them. If I came upon a small herd of caribou I would pass the information along so other family's could gather meat before they left the area. A few times the CB came in handy to call for help for people broken down out on the trail. In the evening after the chores had been finished we would brew a big pot of tea and folks would chat on the CB and say goodnight in an arctic Walton's style. Goodnight Nelsons, Uhl's , Jones camp, Oggie, Schaeffer's ect. some nights the signal would bounce off the atmosphere and people up river would come on and it would be a chance to hear news and catch up. I miss those days.
Posted by cammilroy at 10:01 PM 3 comments:

The family took care of a small herd of Icelandic reindeer pony's . We were kind of stewards of them because My father in law had a suitable camp that seemed to make them feel like home. They were never starved for attention. In the spring time and summer they would poke their head inside the open kitchen window and nose around in the sink "really a galvanized tub" and snort and whinny for attention. perfectly suited for the arctic they had a thick coat that would shed huge puffs of hair in the spring. The birds would follow them around and gather up these tufts of hair and steal them away for nesting. They came with all manor of tack and equipment for their care. the saddles were used when they were " working " but the children rode them bareback. Can you imagine being 9 years old and having your choice of pony's to ride ? Lois had a magic touch with them . They would follow her everywhere. sometimes I think they were looking for a treat but most of the time they would beg her to play with them. She was the only one who could get them to stand still so grooming and Horse maintenance could be accomplished. Lena was also popular with them because I think they could smell the hard candy in her pocket that she would slip to a grand child when nobody was looking. More later
Posted by cammilroy at 1:19 PM No comments: 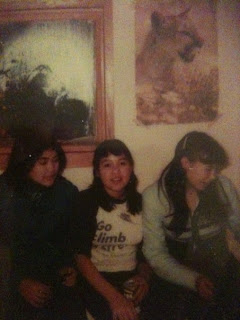 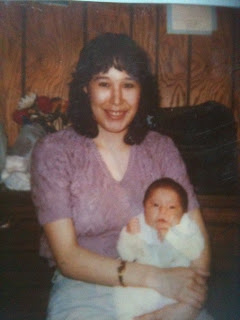 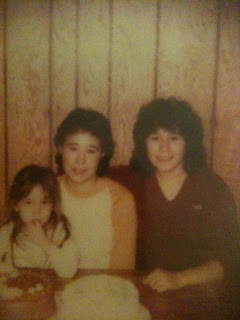 This is Bunny Jones and her baby Tiffany in the middle photo
Posted by cammilroy at 10:39 AM No comments:

The black and white photo days 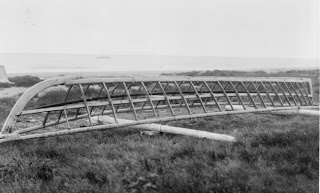 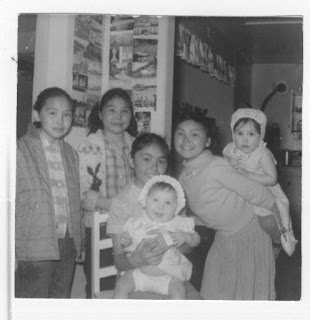 It is something how we can now scan a photo and load the image into a story or album.
Posted by cammilroy at 10:20 AM No comments: 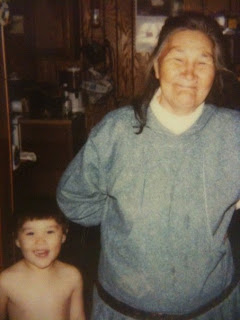 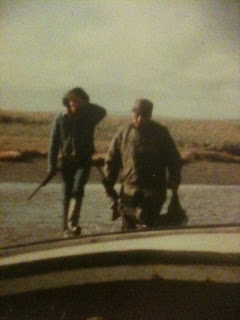 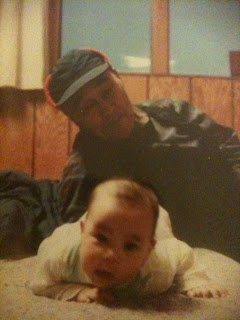 Such good memories of laughing and hunting ducks and baby girls to make us smile
Posted by cammilroy at 9:54 AM 1 comment:

This is my son Ahkook His friends call him CamJ 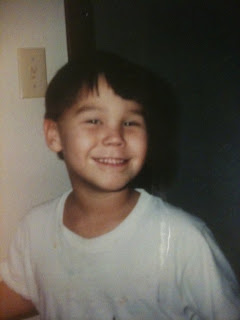 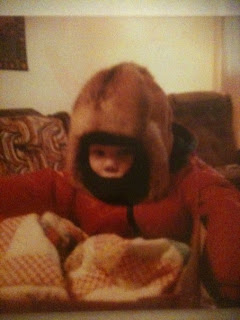 This Fine young man grew up in camp and was educated outside and has returned home to Alaska to represent. He has Honored his family and his Late Taataa Charlie Jones of the Kotzebue Basin. I am looking forward to spending time with him in the country and on the ice hunting around
Posted by cammilroy at 11:16 PM No comments:

I remember that day. Every one ran out the door, I stayed in and held my baby sister and stayed out of the way. She was 2 years old and I must have been 10. We watched from the back door and just stood there till things calmed down enough to go out side. Lois
Posted by cammilroy at 2:38 AM No comments: